Loved ones are safe.  After watching a clip that showed Japan like it was 2012, I avoided everything that has anything to do with the destruction there until an aunt in North Carolina nudged me about a cousin in Chibaken. That’s when I went asking how they were.  She and her husband, a fellow mommy blogger, and a former gradschool classmate are all ok. It’s good to release all the breaths I held while waiting for news about them.

J not getting sent out to Japan anymore. When the quake hit J was automatically among a team of scientists on standby, Fukushima-bound. Worry wart me prayed he won’t be flown out.  Jet-setting halfway around the world to lend expertise and then aboard Chinooks to work on those reactors may sound glamorous but the danger is so not glamorous at all.  I cheered when J told me it looked like he was staying after all.

Attending a screening at the FCCT (Foreign Correspondents Club of Thailand). Living with the Tiger is a documentary about HIV-infected orphans. Q & A with the filmmaker and the director of the Business Coalition on AIDS explored possibilities of influencing policies for better handling of the AIDS issue in Thailand and beyond.

Violin recital at TCC (Thailand Cultural Center). Great Artists of the World 2011 and Bangkok Symphony Orchestra presented Cho-liang Lin.  He played Mozart and Tchaikovsky on guess what – a 1715 Stradivarius!  Ah some of  life’s most beautiful moments; later something to daydream over tea in a rickety rocking chair.

This is not a sudden interest in Japan. Japanese cuisine has always been my preference for weekend brunch since I acquired a weekend life. And the beef steak set at Fuji is my usual order even though they always give me rare no matter how much I emphasize that I want well-done: 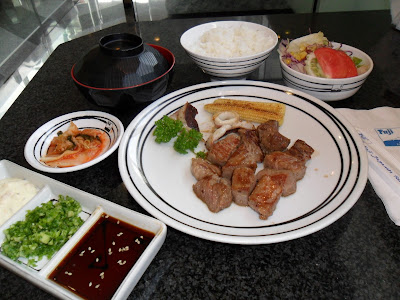 The set includes choices for either coffee or tea, hot or iced. I always have the hot tea with milk. 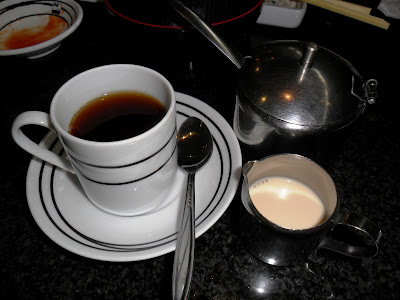 The meal is concluded by a trio of papaya, pineapple and watermelon slices. 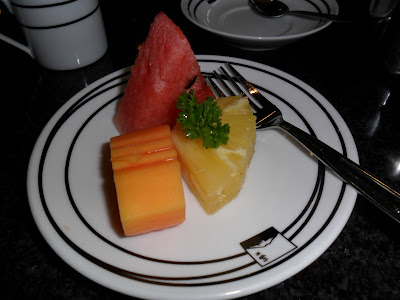 Rarely do I pick something else on the menu. This set is what I order almost every weekend. Here’s hoping it’s not a weekend eating abnormality. I’m going out in a few minutes to have this brunch again.

Physically I live in busy Bangkok. Vicariously I live in Unbirthday Land where I utilize my love for food to celebrate life with unbirthday delights. My dining interests are a combination of exploring cafes or restaurants and inventing dishes right from my tiny apartment kitchen. Join me in my unbirthday adventures!